PEI is a special place.

offer the best of both worlds.

In almost every rural scene, there is a sliver of blue ocean on the horizon,

and after every walk on the beach,

there is a drive home along pastures dotted with cows and horses.

Years ago, in the summers,

before the Confederation Bridge was built,

we crossed the Northumberland Straight on the ferry.

It was unexplainably lovely being on the water,

where between the two ribbons of land,

it seemed as if time stood still.

PEI is ethereal for vacationers.

It has that divine sense of being set apart,

the stillness and allure of an island,

away from the rest of the world,

where quiet, red sandy roads are lined with patches of purple lupins,

and on the crest of every hill,

there is a glimpse of the lapis-blue sea.

Days on PEI can be filled with visits to the many artisan shops,

are interlaced with culinary treats.

You just can’t go home without a red-clay-dyed T-shirt,

a carving of a foam-green seagull,

and bunches of warm memories.

and re-done with art-based software.

The music is from SHUTTERSTOCK. 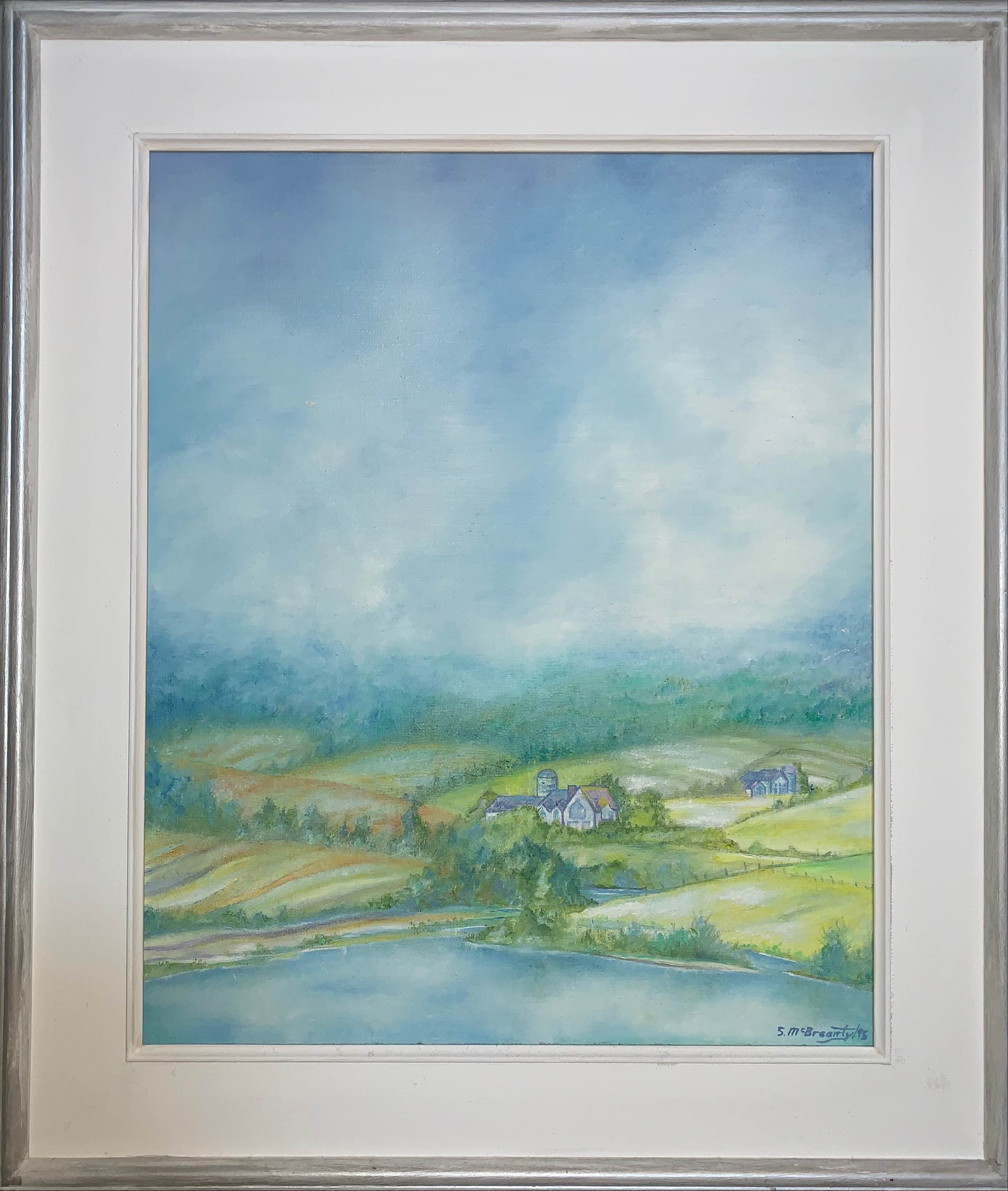