Battle Harbour, NL is a National Historic Site. It is secluded on the lee side of a tiny island that juts into the Labrador Sea, and for thousands of years it has been the stopping point for people travelling up and down the Labrador coast. Today the buildings and wharves have been restored, and there are modernized accommodations and well sought after tour packages that offer a glimpse into the fishing community and its past, along with opportunities for sightseeing whales, icebergs and polar bears, to name a few.

In the autumn of 1982, my husband and I taught school in Fox Harbour (St. Lewis) Labrador, which is across the bay from Battle Harbour, about 10 km by boat. There were no roads into Fox Harbour then, so we flew from St. Anthony on a float plane that landed on Fox Harbour Pond, about a kilometre behind the school. It was a good year teaching, the kids were great, but it was a tough year living, because we rented a restored fishing shed that had no running water, no flush toilet, and no stove or fridge. In the winter, when the wind blew, the linoleum floor lifted up and the wood stove glowed a dangerous bright orange until we closed the damper.

To make do with the basic necessities of life, we carried water from the school back home in empty soda bottles, and installed a chemical toilet in our otherwise empty washroom. The winter time was the most challenging because the dwelling had no insulation, and it was so cold that we used a cooler to put our food in, to keep it from freezing. It was so cold that we wore long-johns under our clothes most of the time, and one evening I dropped an ice cube and didn’t find it until the next day where it sat completely unmelted. When we ate heated food, the steam rose from the plates so that it fogged the kitchen area, where the landlord had graciously installed a sink. However, the drain hose that led to the outside of the building constantly froze up, and my husband had to go underneath the house and use a torch flame to heat the pipe without burning it, while I used a stick to try to push the ice out from the inside.

For cooking, we used a hot plate that had to be re-wired with almost every single use, and a countertop toaster oven that was a God-send. One good thing about the experience of living in a remote place, was that we learned to bake some really great home-made bread. Every Saturday, the dough went into the oven, and to this day, bread has not tasted quite as good, or maybe not quite as important.

We tried to cut our own wood, but it was green which was not good for burning, so thankfully some of the students cut dried hardwood for us from an old forest fire site. Learning to drive a ski-doo would have seemed like not too hard of a task, but driving one that towed a komatik full of wood was not so easy. Once when we were coming down off a hill, trying to keep the speed up so as not to be crushed, we drove out onto a frozen icy pond, and the komatik spun around and nearly passed us on the ice. On one trip with the fisheries officer, we encountered fresh polar bear tracks on the path we used to take. The tracks had not yet melted out in the sun and it was a bit unnerving going down a narrow path in the woods, part hoping to see and not to see the bears. It looked like a mother and cub. The officer said that the bears often crossed over land peninsulas to go from one bay to another. The tracks were so large that we could put a foot-long winter boot in them with lots of room to spare.

One day in the spring, our landlord met my husband and I on the road and said that he was going to Battle Harbour in his boat. I thought that he said that “we” could go with him, so “we” ran to get our life-jackets. However, soon there was a visit from a different person explaining that it was “not women’s day in the boat”. Therefore my husband could go but not me. At the time I felt very sad because I would love to have seen such a historic place, especially before it became a provincial site. The reason I was not allowed to go may have been a tradition that could not be broken, or a wisdom or concern that I could not fathom at the time, but nevertheless, at least one of us got to go. The landlord did take us both out into the head of the bay at a later time, and it was quite a choppy ride.

When my husband was in Battle Harbour he took photos, and I later painted a picture of one of them. On this page is the original photo @1983 and the painting of Battle Harbour @1992. 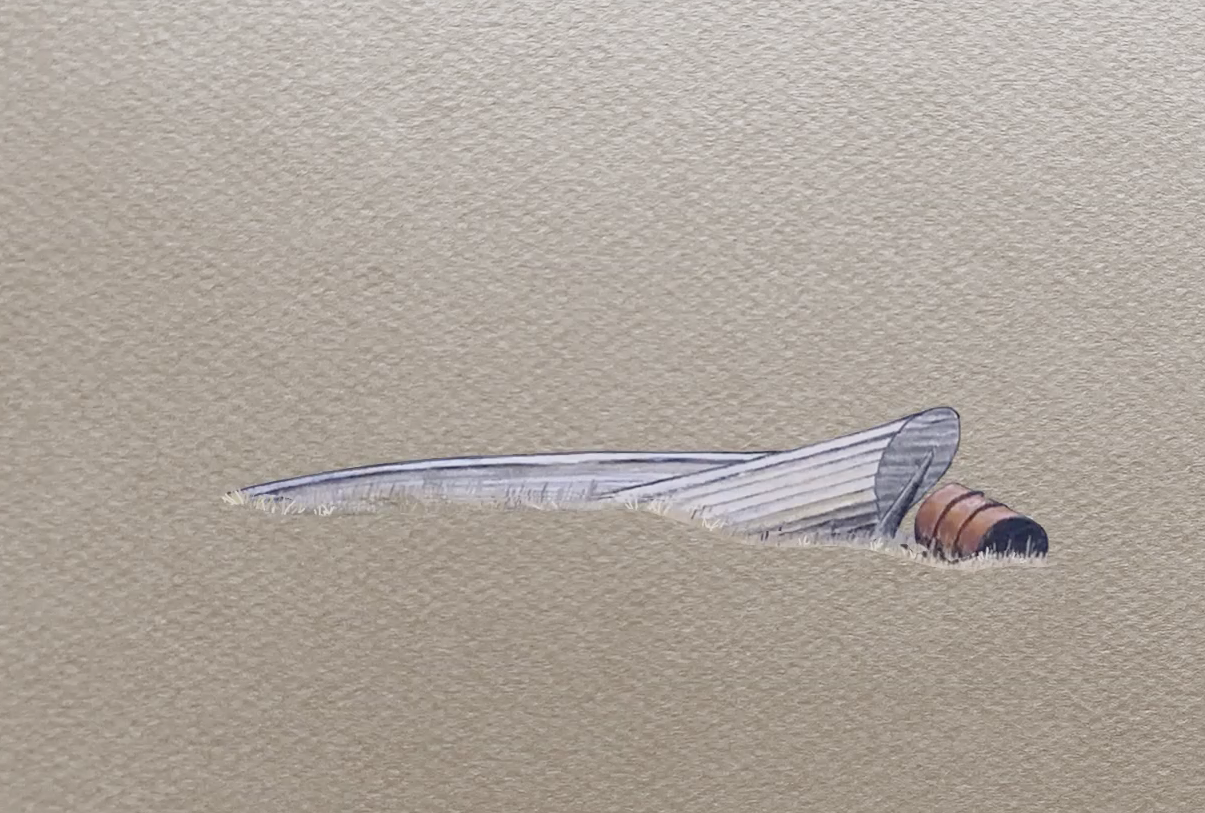 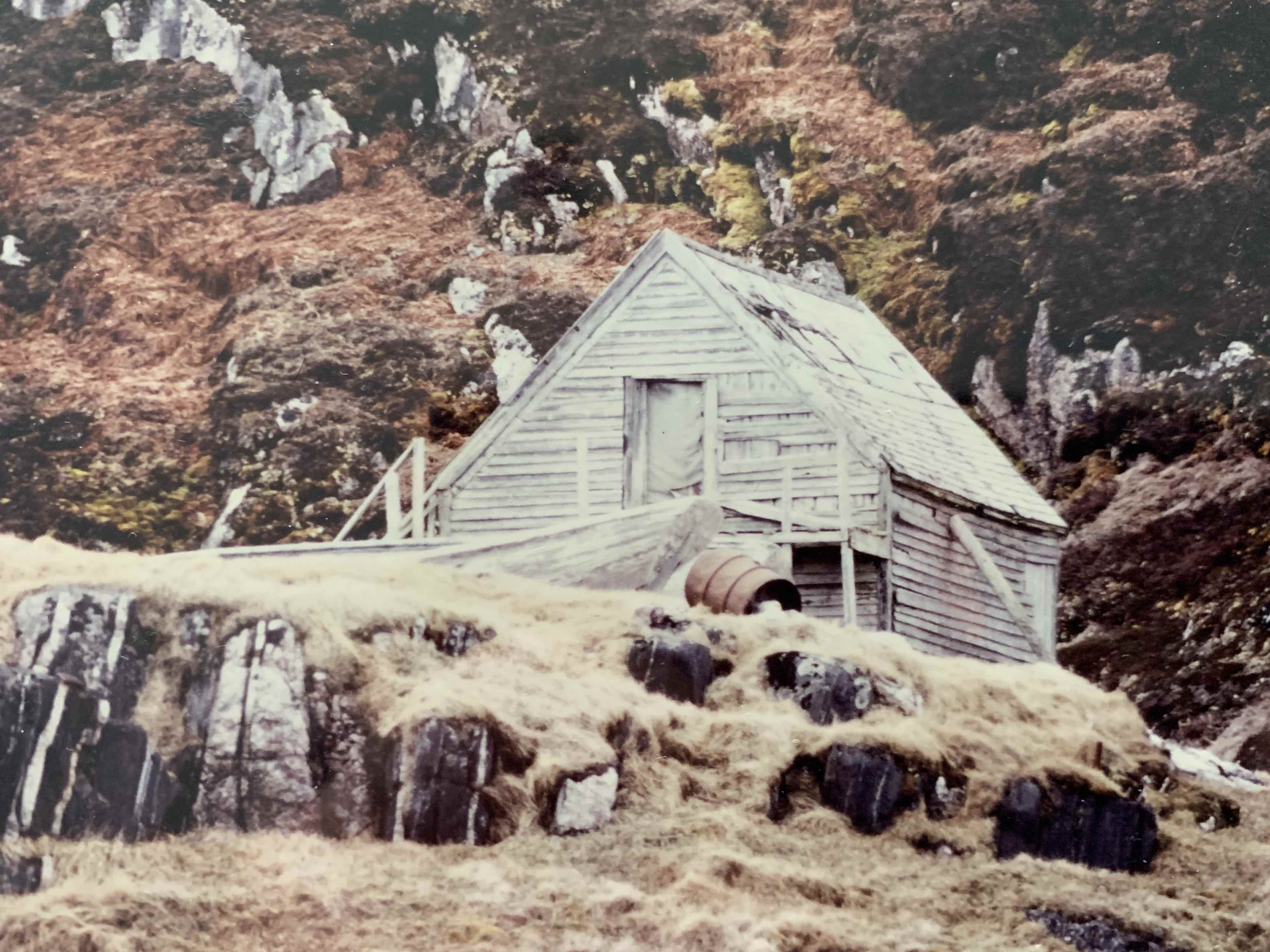 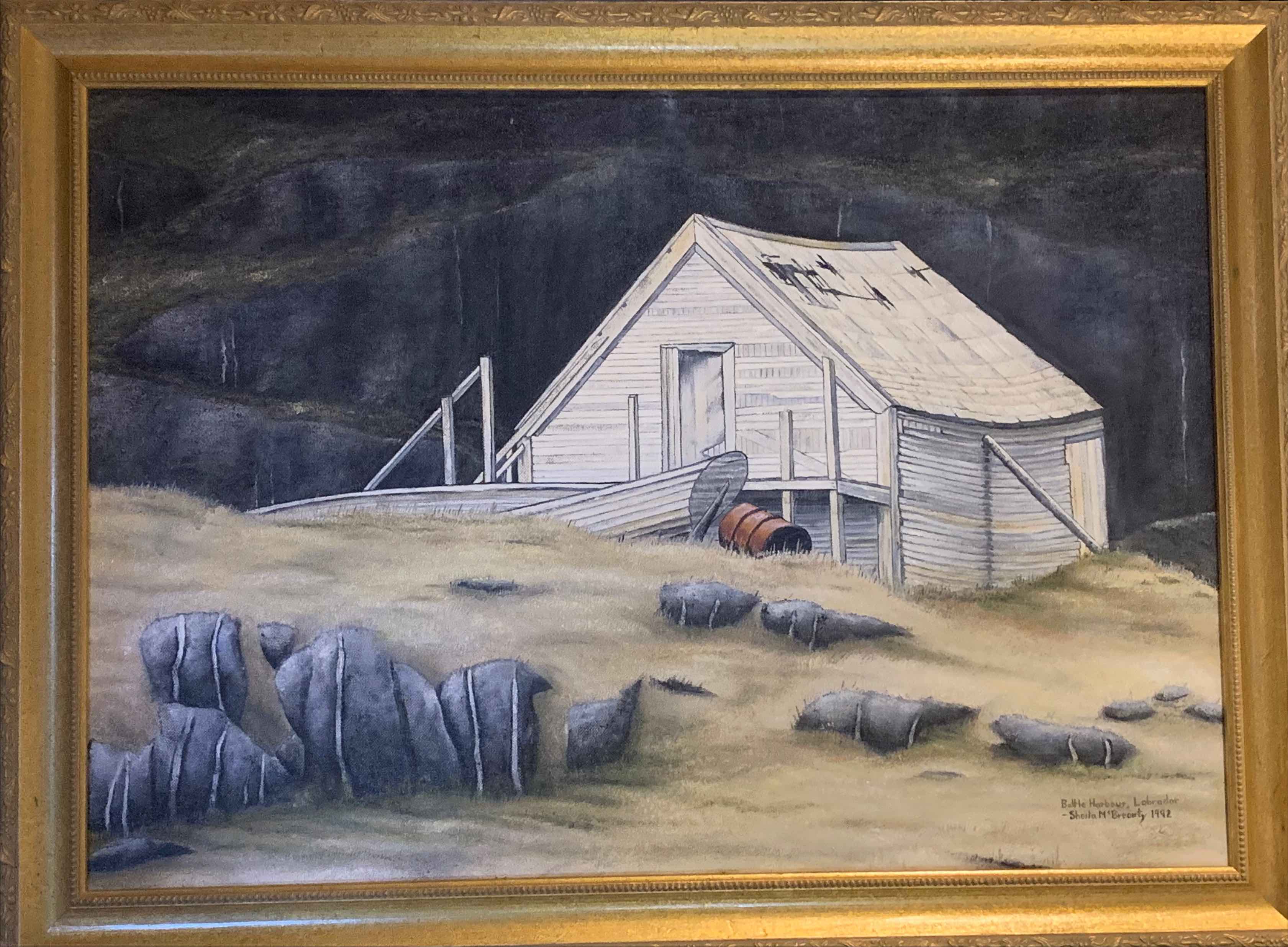